This certificate will expire in less than half a year.

If you own it, simply log in to renew it.

Debut de la fin from French means "beginning of the end", but I often use an abbreviated version - Defin. Another option is Daffy. The nickname itself appeared at the end of 2012 and is now used by me to sign poems, stories, clips, photoshop works. 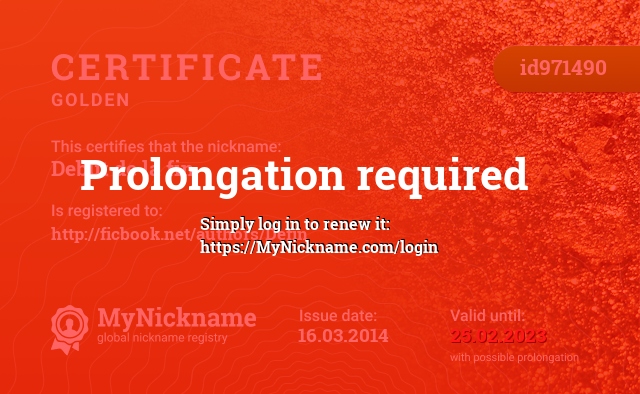