v. 1.0.2 (08.28.2021)
Automatic translation of the nickname information into English for the English version of the website and the certificate.

My nickname was originally Undead4D (specifically Undead For Dead). At one time, I was inspired by the Hollywood Undead group and the game Left 4 Dead 2, and later decided to shorten it to a simple nickname, Undead, that's basically its whole story) 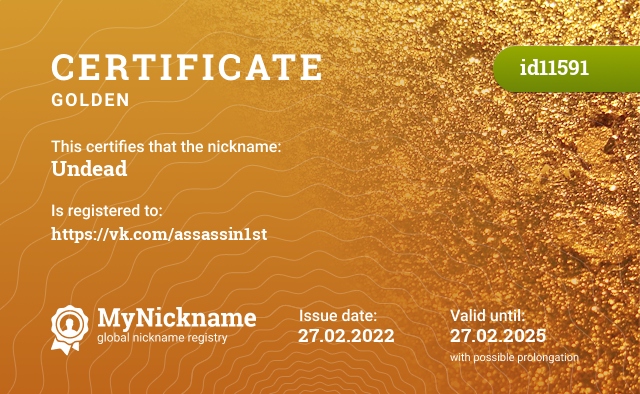