Took it in 2010, named the draenei Alaana in World of Warcraft. In 2012, she created a character in Guild Wars 2 with the nickname Alaana Trafalgar. The nickname stuck, a surname was added, it was called that way on the Internet (alaana.trafalgar@gmail.com, vk.com/alaana.trafalgar). 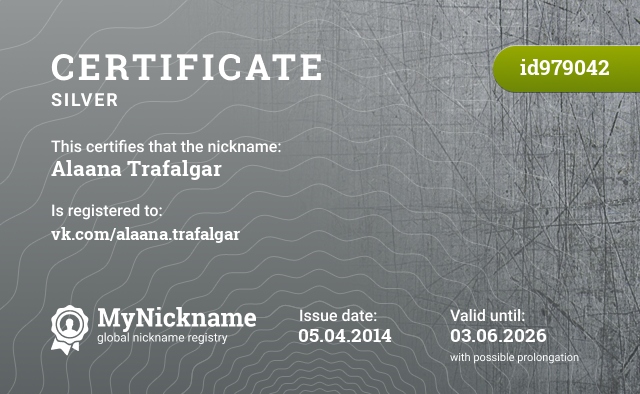